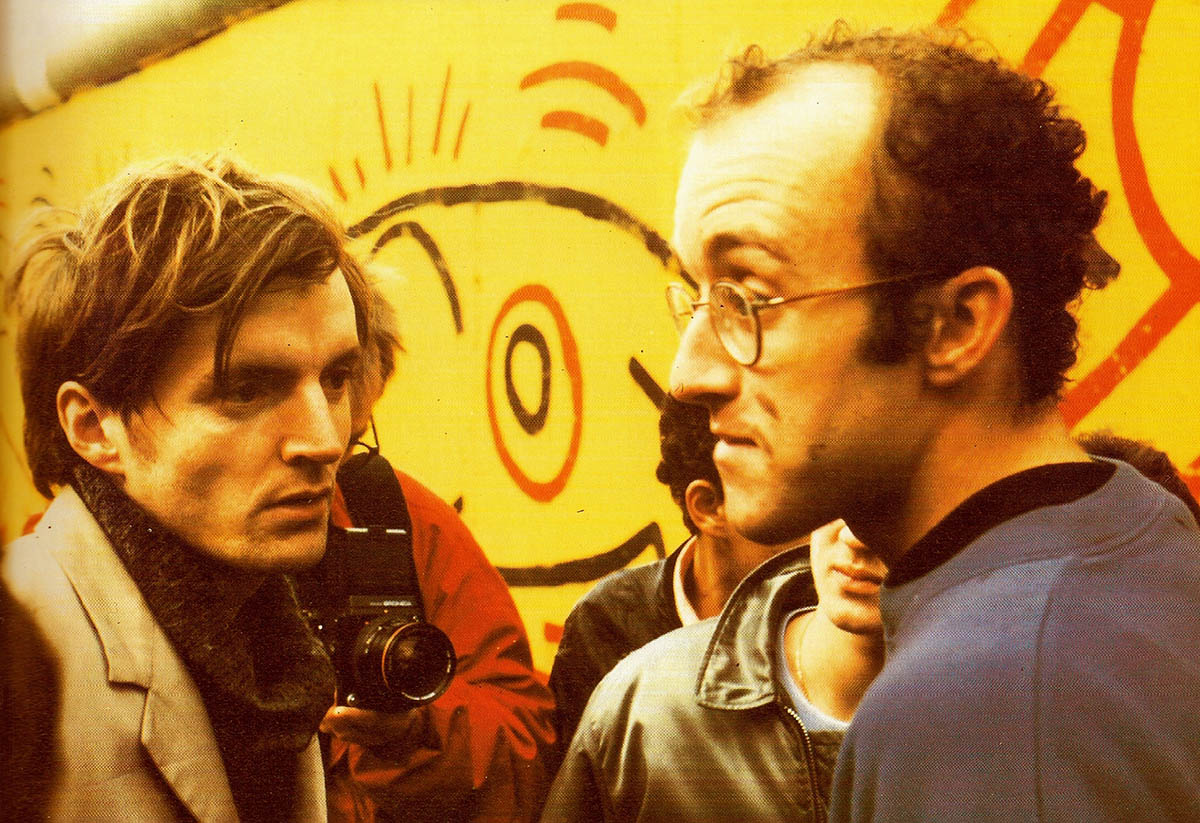 Thierry Noir was born in 1958 in Lyon, France, and came to Berlin in January 1982. In April 1984, Noir began to paint the Berlin Wall and is credited as being the first artist to do so. Noir’s objective was to perform one real revolutionary act: To paint the Berlin wall, to transform it, to make it ridiculous, and to help destroy it prempting its ultimate fall in 1989.

Noir covered the Berlin Wall, more than 3 metres high, with bright, vivid colours, aiming not to embellish the wall but to demystify it. Noir’s iconic, bright and seemingly innocent works painted on this deadly border symbolised a sole act of defiance and a lone voice of freedom.

Painting on the wall was absolutely forbidden; it was built 3 metres beyond the official border so the east-German soldiers were able to arrest any person standing near it. Noir had to paint as quickly as possible, using the recipe of ‘two ideas, three colours’ as a celebration of the ‘eternal youth’. Despite their bright colours and playful nature, the murals left a lingering sense of melancholy: As Noir says, “I did nothing but react to its sadness”.

Since the 1980s, Noir’s exploits and highly distinctive visual language have become world famous and immortalised in popular culture such as Wim Wenders’ 1987 film Wings of Desire and the cover of U2’s album Acthung Baby. Noir is today being increasingly recognised as a key forerunner of the modern street art movement. Noir is also compared with contemporaneous New York pop artist Keith Haring also born in 1958 and who likewise began his career on the streets.

Noir’s practice has a strong emphasis on line and aims to simplify forms to their most basic elements. This simplicity reflected the necessity of painting quickly outdoors in a hazardous environment with very real risks to his personal safety. Noir reacted to his environment and his monsters are a metaphor for the Wall itself, each one relating to his experiences or feelings of what he calls a ‘killing machine’.

If you paint on the street you are immediately political, because you change the life of the people. Especially in north Europe where the winters are long and grey – you give people a one second smile on their face.

The Art for Auction

I wanted to cover the wall with colours to wrap it up with paintings, to make it luminous, to show it like a mutation in the city, a mutation in art and nature.